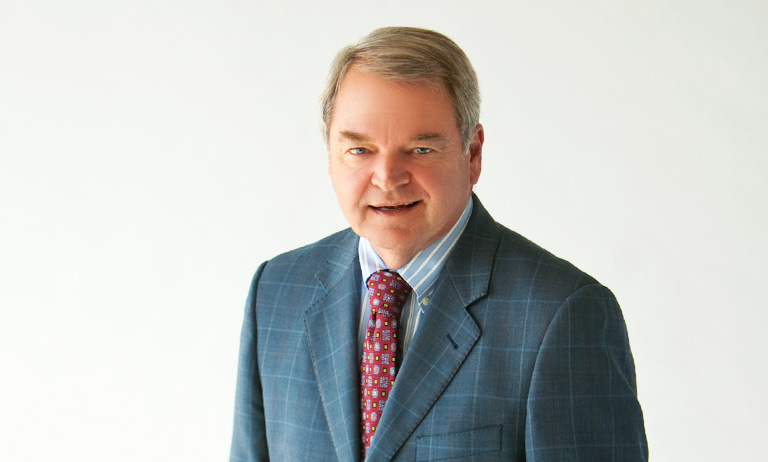 Kerry D. Douglas has been a partner or shareholder of Douglas, Haun & Heidemann, P.C. since 1972. Kerry is the third generation of Douglas’ to practice at the same location in Bolivar, Missouri.

Kerry received a Bachelor of Arts degree from the University of Missouri in 1968 and received his Juris Doctorate in 1970, graduating Cum Laude. He is a member of Order of the Coif; Phi Delta Phi legal fraternity (Secretary, 1970); and was a member of Missouri Law Review, 1969-1970. He was admitted to the bar in 1970, and is also admitted to practice before the Missouri and U.S. District Court, Western District of Missouri and the U.S. Court of Appeals, Eighth Circuit. Kerry served in the Adjutant General’s Corp of the United States Army from 1970 to 1972, and was attached to the Judge Advocate General’s Corp at Ft. Knox, Kentucky during his final months in the service.

In addition to his legal practice, Kerry is very involved with the community and the legal profession. He served as the first Chairman of the Board of Directors of Citizens Memorial Hospital District from 1979 until 2006 when he resigned that position for family reasons although he remains as one of two original board members. He is also a founder of the Citizens Memorial Health Care Foundation, and served as a Board member until 2004 when he retired from that position.  Kerry was Board chairman from 1992 to 1996. Kerry is also a founder of the Bolivar Educational Advancement Foundation, where he has served as a Board member and President since 1991. Kerry has been City Attorney for the City of Bolivar, Missouri, since 1973 where he has served a number of Mayors and Councils. Kerry is a member of the 30th Judicial Circuit Bar Association (President, 1973-1974); the Missouri Bar; and in 1992, was appointed by the Missouri Supreme Court as one of five members of the Missouri Board of Law Examiners, a position to which he was reappointed in 1998. He served as the Secretary of the Board from 1996 through October of 2000, as President from 2000 through 2002, and completed his final year as a member of the Board in 2003.